Serving the Sioux Falls community for over 122 years!

The first USA, Gospel Rescue Mission opened on Water Street in 1872 in New York City when former alcoholic and ex-con Jeremiah McAuley founded his “Helping Hand for Man” on the site of a licentious dance hall. It was backed by stock trader Alfrederich Smith Hatch, who believed in uplifting those unfit for charity, whom he called the “undeserving or unworthy poor.”

Thomas F. Morse was convicted in Roberts County, SD for the shooting death of a Sisseton man in September of 1893. Morse made a decision in prison to give his heart and life to Jesus Christ, through the ministry of Mother Wheaton, a woman who visited the prison and proclaimed the Gospel. He was granted a full pardon by Governor Andrew Lee in 1898. On March 17, 1900 he became the founder of the Sioux Falls City Rescue Mission.

Spreading The Hope of Jesus Christ

Today, Union Gospel Mission is the largest emergency shelter in the Sioux Falls area, providing shelter and meals for an average of 125 men, women, and children each night, along with a resident addiction recovery program, and an average of 900 food boxes to the community poor each week. 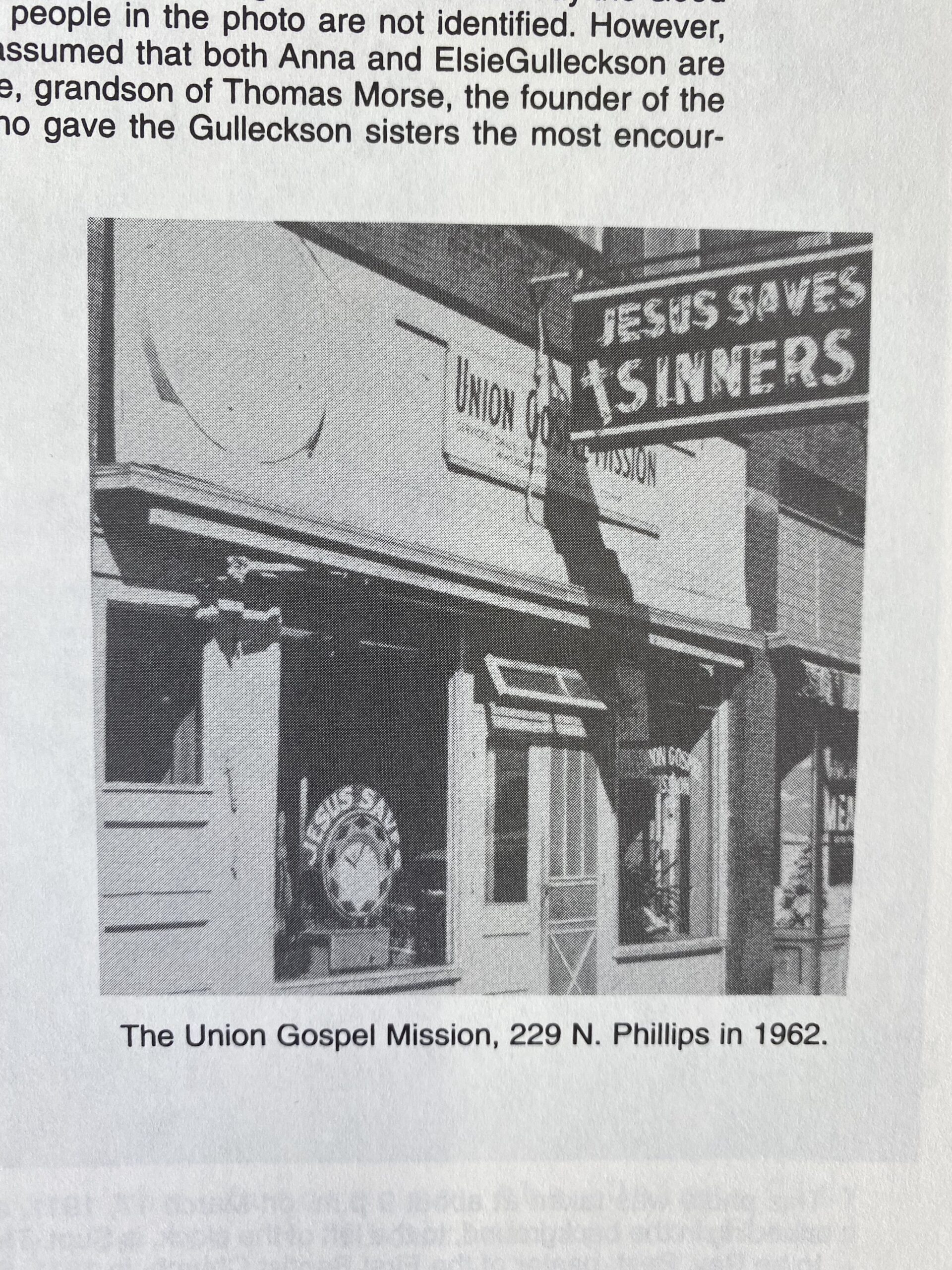 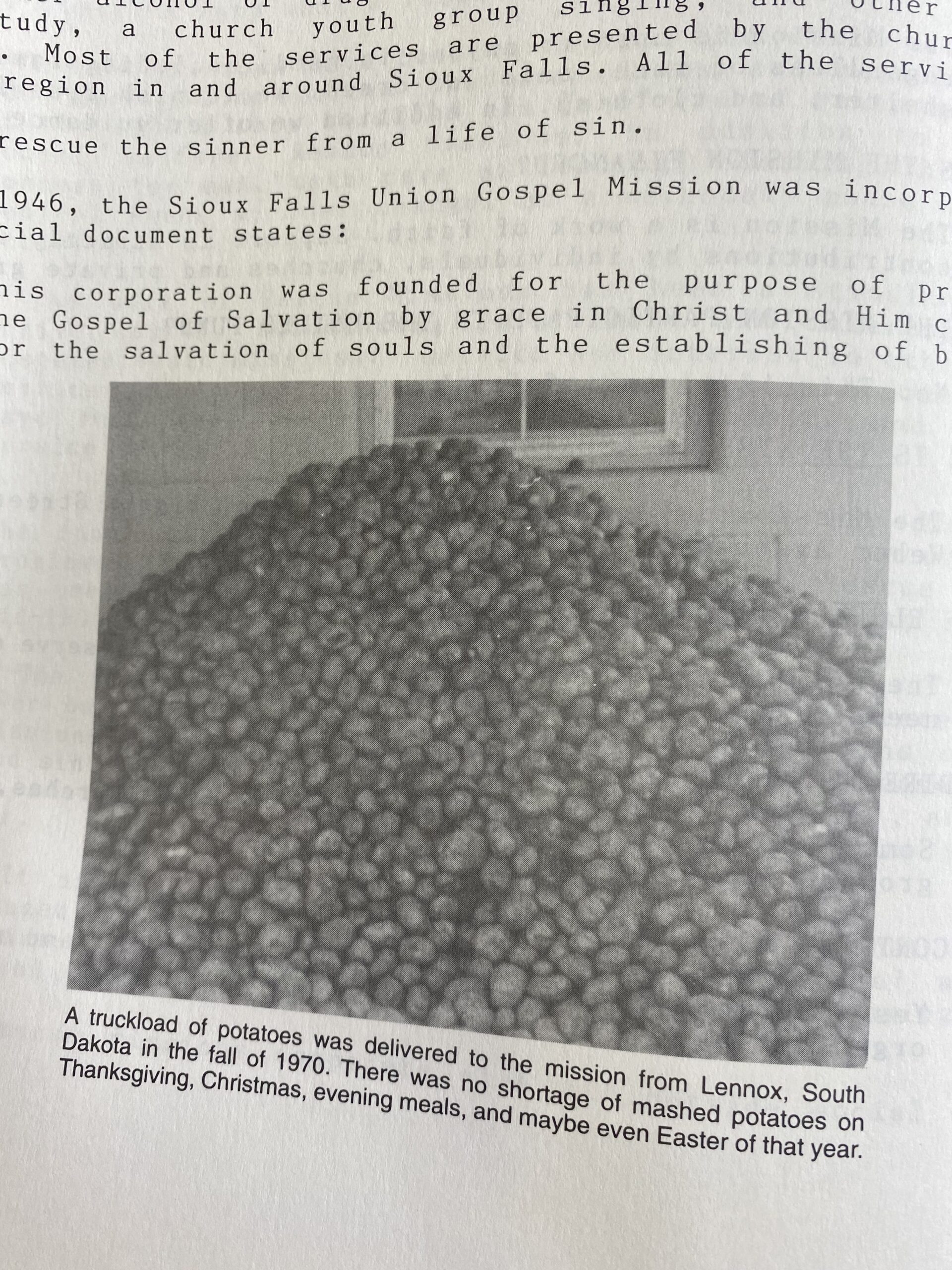 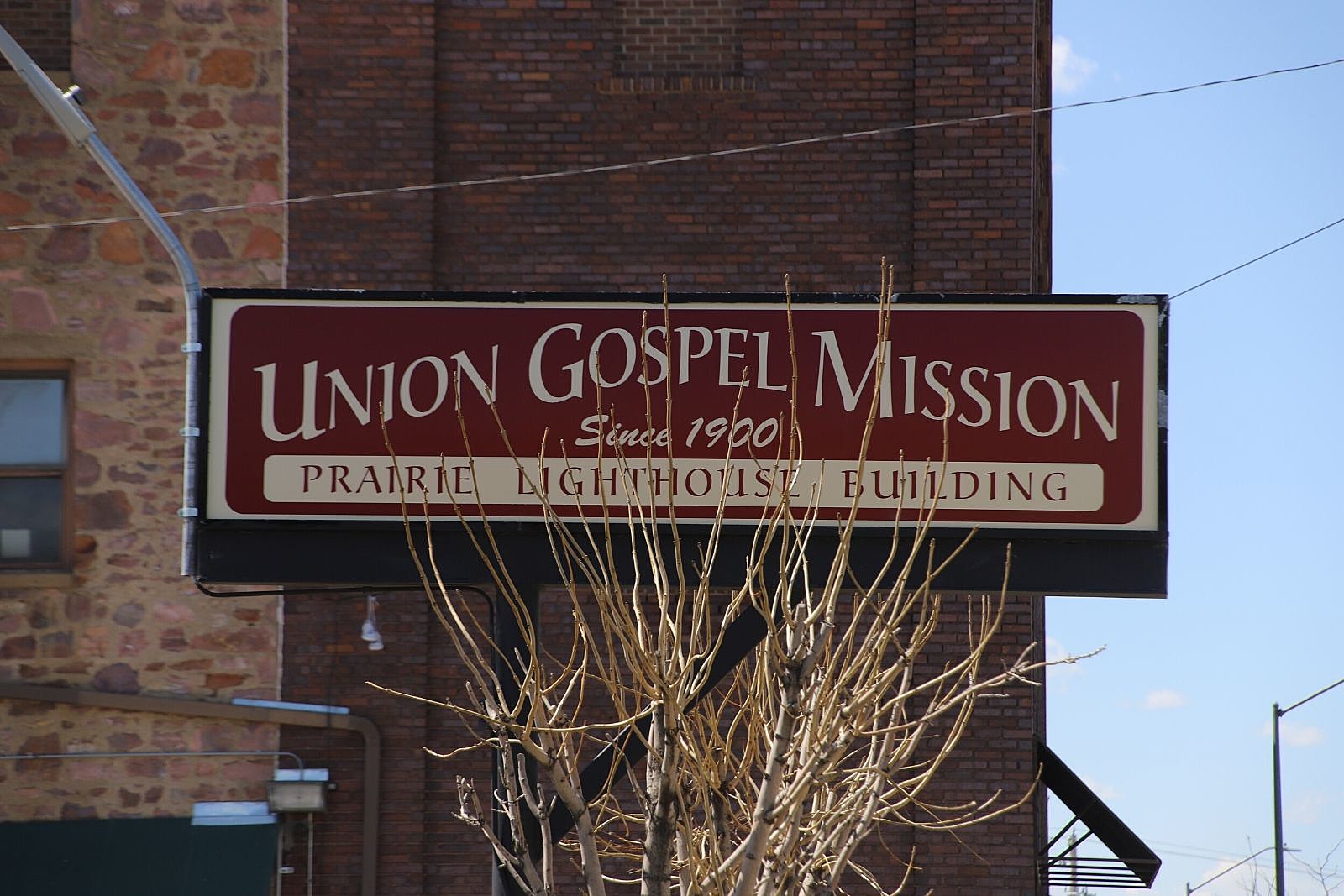 “We are the second oldest rescue mission in the United States and we embody the tradition of rescue missions throughout the country.” 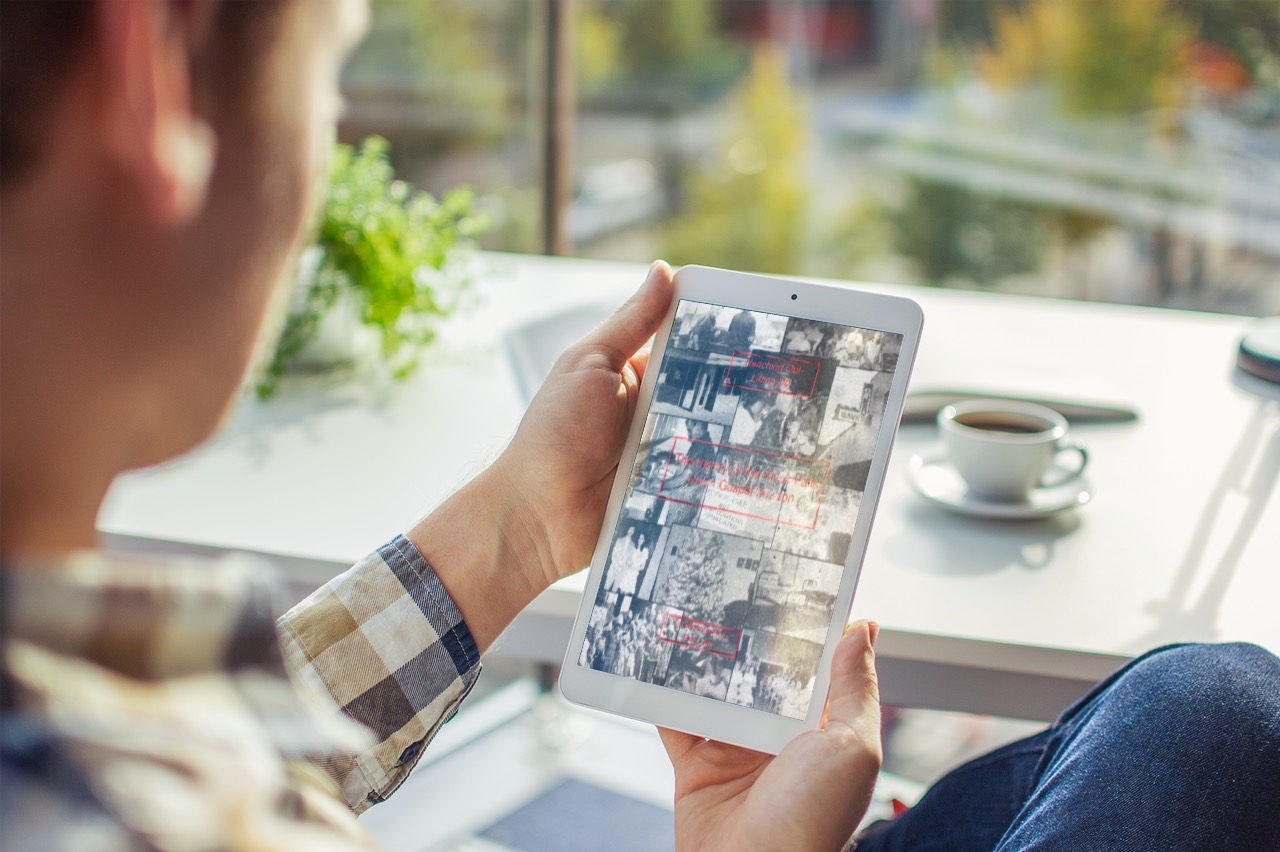 The ministry of a woman who visited the South Dakota State Prison while Thomas Morse was imprisoned there was Elizabeth Ryder Wheaton (1844-1923).  This is the information we currently have for Elizabeth or more commonly known as “Mother Wheaton”.

She was a social reformer and evangelist. Elizabeth Ryder was born to John and Mary Van Nest Ryder in Wayne County, Ohio.  Her parents, both Christians, died by the time she was five years of age.  At the death of her mother, Elizabeth was separated from her siblings and was reunited only with her brothers, J. M. and Emanuel, and her sister, Lida Ryder Hoffman, in 1902.

At first Elizabeth was placed in a foster home where she remained until the family moved away.  Subsequently she was reared by her grandparents.  As a child, she worshiped among the Methodists.  Later she would describe her commitment to Christianity at this time as “normal.”

At age eighteen Elizabeth married J. A. Wheaton.  They had one son, but within two years of their marriage, both her husband and their infant son had died.  Elizabeth’s self-acknowledged conversion came in the wake of their deaths.  In the years that followed, she heard of “holiness” and the  “baptism of the Holy Spirit for service.”  She began to attend a Holiness church some distance from her home.  It was there that she received her “sanctification.”  On November 11, 1883, she claimed to have received a vision of Jesus in which she was asked to follow him.  Thus she began her prison ministry.

Elizabeth R. Wheaton (“Mother” Wheaton as she was frequently referred to), was known primarily as a prison evangelist, although she also engaged in rescue work. Wheaton was not attached to any single denomination and ministered frequently in street meetings, especially in front of bars and houses of prostitution, on railroad cars, in Peniel Missions, and in various Crittenden rescue centers. From 1895 onward, she made Missionary Training Home in Tabor, Iowa, under the supervision of Elder Weavers.

For a period of time R. Wheaton was accompanied and assisted by a Mrs. Hattie Worcester Kelly.  In later years Elizabeth R. Wheaton continued her independent faith venture alone, ministering to those in state and federal prisons in nearly every state and territory of the U.S. and in Canada and Mexico.  She carried numerous letters of reference, signed by governors and wardens alike.  Her reputation was widely known, and she is said to have become such a well-known figure on the railroads that she was frequently allowed to travel at no charge.

R. Wheaton was featured speaker at the semiannual camp meeting of the Holiness Church in Southern California in April 1905, where she told of her work in the slums and prisons and engaged in altar work among the seekers present.

R. Wheaton was always interested in foreign missions and made two trips to Europe.  She was jailed in Edinburgh, Scotland, for holding a street meeting.  Touched by reports from famine-ravaged India, Wheaton donated twenty dollars annually to support a young Indian boy at the Frontier Faith Mission superintended by Robert and Lara E. Jarvis in Lahore, India.

In her declining years, R. Wheaton was unable to continue her heavy travel schedule. She suffered both physical and emotional trauma and was ultimately confined to her home in Tabor, Iowa.  A letter she wrote just six weeks before her death indicates that she was lonely and living in anticipation of her imminent death.  R. Wheaton died on July 28, 1923, at the Faith Home in Tabor, Iowa. 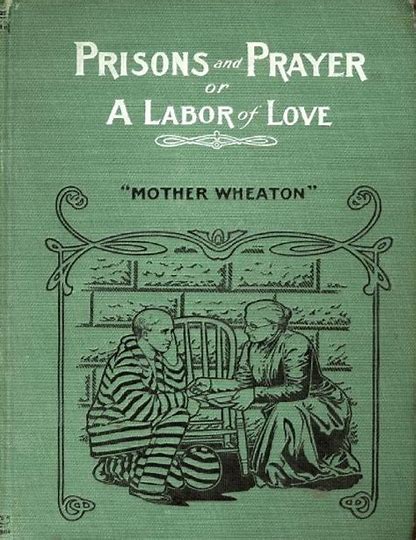 Elizabeth’s book  entitled “Prisons and Prayer, A Labor of Love”  can be found here. 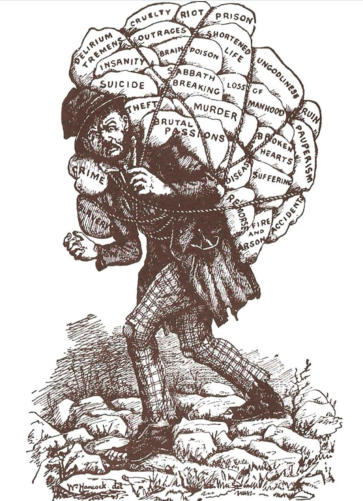 Burdens of the Drink Habit

As history has it, this image to the left was found in a load of items that were brought to the Mission, sometime in the 1980’s, from a building somewhere in Sioux Falls. It was hanging in the chapel until about November of 1993, when its message became too much for some individual to endure. The person wrecked the frame that it was in and tore the picture to pieces. Only one of the pieces was found, glued to the wall of another room at the mission.  Fortunately, two copies were made of the original, as requested by one of the people staying at the mission about six months prior to its destruction. The name of the artist is William Hancock and the organ of the drawing is unknown.

Chapel Every day at 7PM